Another actual location in The Fragrance of Violets has special meaning to our family, although it appears only briefly in the novel—the hangars at the former Marine base in Tustin.

Fiona’s friend, Lottie, introduces her to Trevor, who makes his living as a model. He invites her to a photo shoot, which takes place in front of the gigantic structures. (This is what I imagined as Trevor’s photo shoot happened, although this photo is not anywhere near the hangars.) 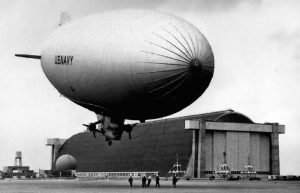 This famous historic landmark was known as the Marine Air Station Santa Ana (although located in Tustin) and was established in 1942 to support the blimp operations during WWII. The base was used for a variety of purposes, including as a center for helicopter aviation through the 1990s.

These amazing hangars are large enough to house six blimps with room to maneuver. 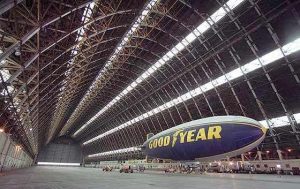 My husband was a civilian employee of the Navy and worked on the base for several years. Our family had the privilege of visiting the hangars and seeing the blimps up close. But by the end of the 1990s, the Navy no longer operated the base, handing it over to the City of Tustin. Much of the land has become retail and housing.

The hangars are still there. One is used for storage and the other for events, including movie and photo shoots. The movie Pearl Harbor was partially filmed there, and it was used to build the entire Starfleet for the 2009 Star Trek movie. Other events include car shows, food and wine festivals, and 25K runs.

Although the base wasn’t a major setting, it was a special one to me.

You can pre-order before May 17 and receive bonus material. https://www.celebratelitpublishing.com/posts/book/the-fragrance-of-violets/