I hope you don’t mind, but I’m a little bit excited.

Make that a lot excited.

Dreams coming true are what dreams are made of. Wait. What? Dreams are good, exciting, but the fulfillment makes the dream worthwhile. I’ve waited fifty years for my first work of fiction to be published.  The cover reveal just makes it seem real!

Next month, my first novelette, House of Courage, will be released. It’s the first of a series of novelettes related to my upcoming novel, Faces of Courage. Get to know some of the novel’s other characters and witness their acts of courage while you’re waiting for the main event, hopefully sometime next year. 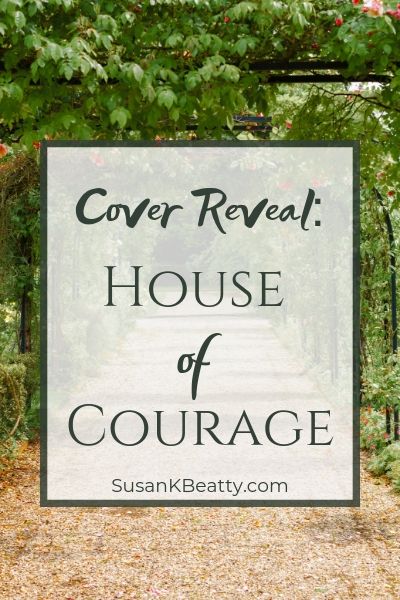 Some think courage belongs only to mythical superheroes. Others think courage is simply a matter of the will. Where does courage come from—really?

Marissa Cinzano shouldn’t have trouble finding courage. After all, she was brought up on it. As a single woman, she’s relied on it her entire adult life, especially during her breast cancer journey. But when her father wants to sell Orange Tree Farm, the only home she’s ever known, she believes saving the farm is her responsibility. If only she could work up enough courage—mind over matter.

Cousin Dante tries to help, but financial troubles with the family-owned restaurant make it hard, and solutions are complicated by her father’s aging and her mother’s failing health. A fire fueled by dangerous Santa Ana winds in the canyons of Orange County, California causes a major setback. Will Orange Tree Farm be saved?

Marissa’s story challenges us to remember our plans may not be God’s plans and courage is found at the intersection of faith and grit.

And here, as promised, the cover reveal.

I’m grateful to Roseanna White for designing such a beautiful cover, to Sandy and Denise Barela at Celebrate Lit Publishing and Publicity Group, and to Chautona Havig for all of their help on this journey. And to all of you for your support along the way.And, thank you, Lord, for putting the dream in my heart and not letting it fade even over fifty years!

Don’t forget! Five of you will receive a free copy of this e-book when it releases. Stay tuned.

Talk to you soon.